Over the years I've pondered the meaning of trials and sorrow that my loved ones or I have endured. Some believe there are lessons to learn from hardship. I agree. In many instances we learn compassion, empathy, faith, trust, and humility. Our own choices will often lead to natural consequences that...

I first learned about the Stress Index in my undergraduate studies. The Holmes Rahe Stress Scale gives a numeric value to many key life stressors, positive or negative. The study was conducted to determine whether the individual was at risk for developing illness based on their level of stress. In ...

I've had a couple of close friends that have lost their mothers in the past few years. We've had many long talks about the loss they feel. What will I do without my cheerleader? Who do I talk to when I struggle with my rebellious child? How can I bring a new child into this world without my mom to s...

The stages of grief are well known. Denial Anger Bargaining Depression Acceptance It's helpful to know the stages if you've lost a loved one through death. Understanding the stages assists in healing and is beneficial in understanding that the feelings you may be experiencing are normal. Some pe...

How to comfort those who grieve? What to say?

"Hold faithfulness and sincerity as first principles."- Confucius, The Analects When someone you love loses a loved one, your first instinct is to comfort. Follow that instinct. If you are sincere, your heartfelt words and expressions of love are always welcome. There are a few suggestions I woul...

What To Wear To A Funeral 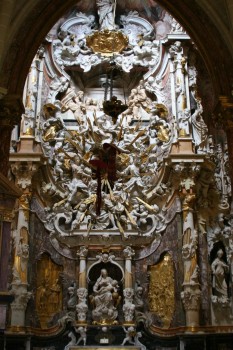 What is considered proper to wear to a funeral or memorial service differs according to local customs and geographic region. But a few general guidelines can help steer you.

Mercifully, the old dreary dictate about wearing only black no longer applies - although, when in doubt, it's still generally a safe bet to choose either black or more muted colors, such as earth tones. Be guided by the general rule that you're attending the service to honor the person who died and to support close survivors, not to attract attention to yourself.

If you'll be attending a funeral rather than a memorial service, or you're related to the deceased or you have a role in the service, such as being a pallbearer or reciting a reading or prayer, choose somewhat conservative clothing.

You're generally safe to dress less formally when attending a memorial service; just make sure your clothes are clean, pressed, and presentable.

If the service is being held close to where you live, you probably already have a good idea of what would be considered acceptable - or you're acquainted with someone in the know whom you can ask for advice: the funeral director handling the arrangements, the religious leader who will be officiating, a relative or close friend of the deceased.

But if the service is being held out of town, you may need to be a bit more attuned to local customs, or do a bit of sleuthing to find them out. To locate people who can fill you in on local clothing etiquette, such as the funeral director or religious leader who is involved, check the obituary. When uncertain, dress up: Business attire such as a dress or suit will pass muster most everywhere. But these days, dress slacks are also fine for women, and men needn't wear ties if they have a suitable substitute, such as a silk shirt or mock tee or turtleneck.

And all rules may fly out the window if the service is personalized in keeping with the specific tastes or quirkiness of the person who has died. For example, if the deceased was a clothes designer, feel free to honor that by wearing one of his or her creations. And some survivors choose to create a festive aura by specifying, for example, that those who attend wear the deceased's favorite color or wear specially customized memorial T-shirts. This type of break with tradition will usually be clear from the service's announcement or invitation; if you're uncertain, ask for some wardrobe advice from a relative or friend involved in planning the event.